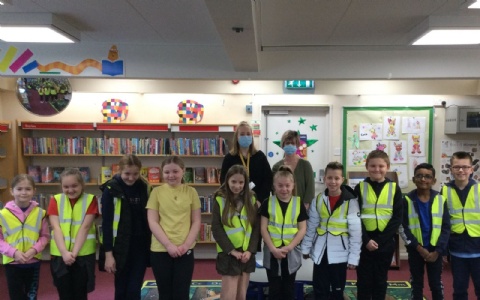 Year 5 participated in an 'In-House' writing competition to help engage and motivate them.  Their challenge was to write 100 word mini sagas! All the children did superbly, and we voted for our favourite top 10.

The Top 10 were then lucky enough to share their stories at North End Library with their peers and library staff.  The library staff were fabulous judges and chose their top 3 winners!

The year group were fantastic in their writing efforts and represented our school well at our local library.

Well done to all! 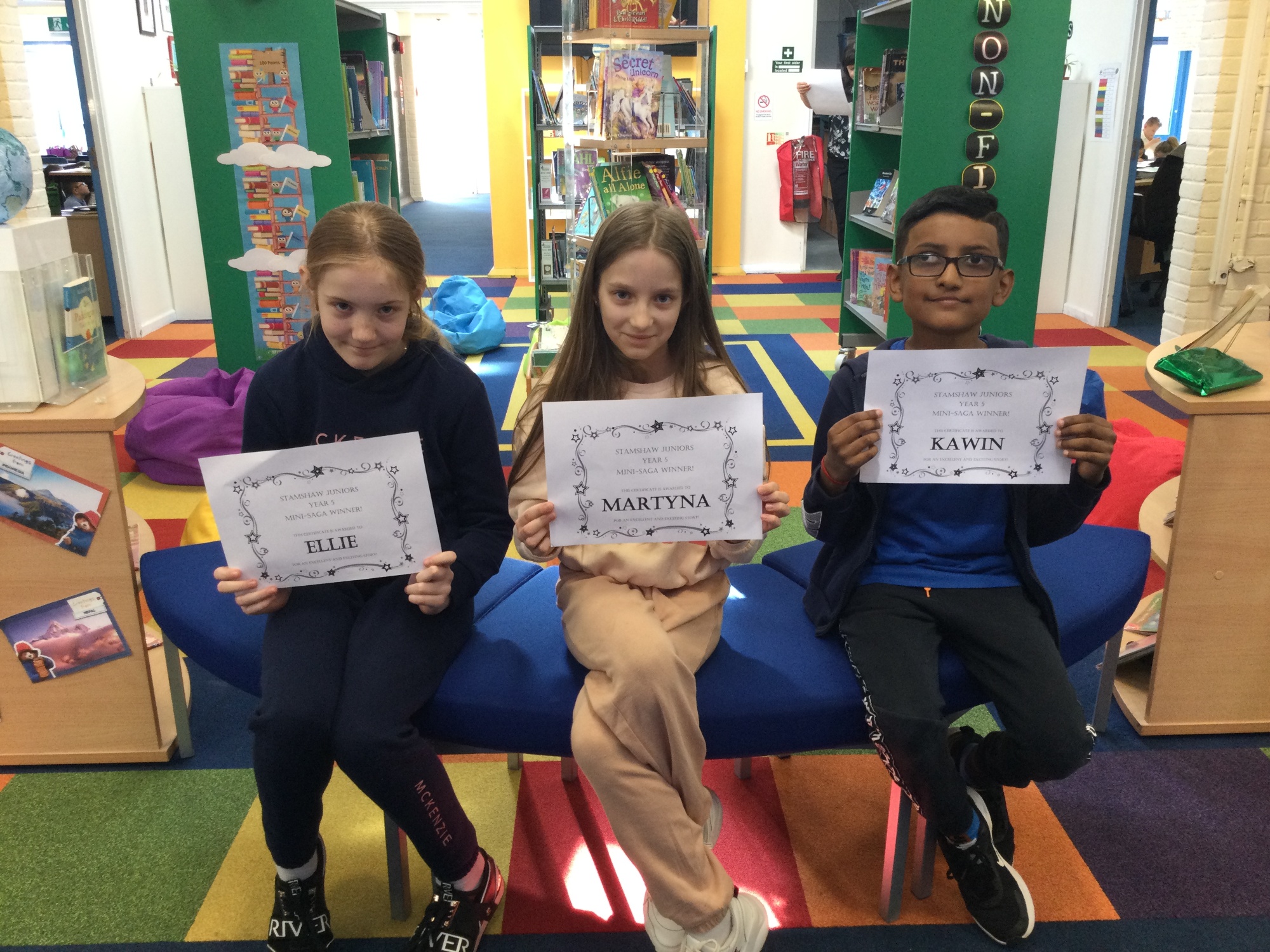 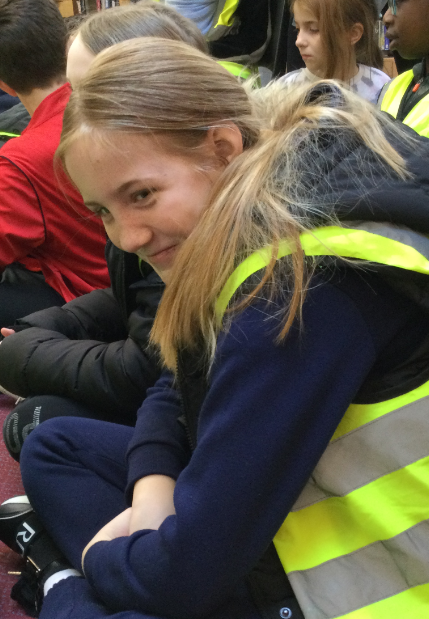 In the dark forest, me and my friend were playing and we heard a deafening BANG! We were frightened and anxious. As we were running back, we fell in a deep, coldness cave. We tried to get out, but we couldn’t get out. Although, I found a magical key on the wall, but you needed a code to get it. When I figured out the code, I saw a dull figure behind me, and I grabbed the key and sprinted out of there. Will I ever find my family again? So, I thought... 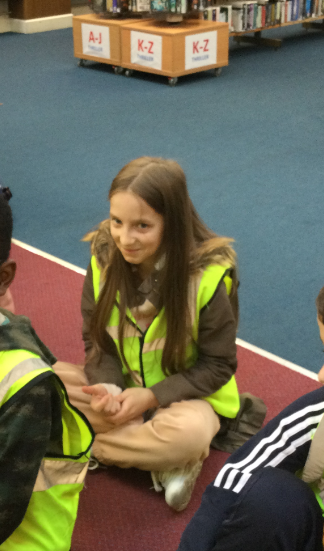 It was getting dark... a luminous figure appeared in the distance. While tiptoeing towards it, I remembered what my mum had said. Nothing can happen right? Surrounded by dark, soaring trees was a glowing, sapphire gate! Foolishly I entered with no hesitation. CRE...AK, the entrance shut. “MWAHAHAHA! Solve my riddle and you’ll roam free! “    Laughed the spectre coming out of the pyre. “ Feed me I’ll live, water me I’ll die. “I couldn’t think of anything! Bawling my eyes out, I blurted out" “ FIRE! “ Suddenly, water emerged and I squirted it on the fire. “ MAYA! Wake up! “ I never went camping again. 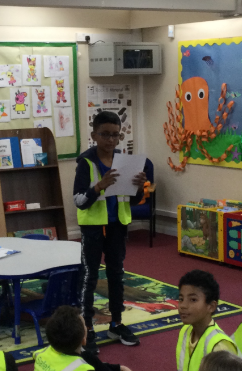 It was getting dark, there was a crack behind me. The time’s 3:07am. Suddenly, I realise I’m in pain. My mind prickled. My eyes get shocked. I see my BFF dying on the ground needing help. My brain’s telling me to rush out. I see an eerie siren. It’s getting larger and larger. It’s after me! ‘’Somebody! Help! Is anybody there?’’. It grabs me by the neck. It’s ripped my leg off! My eyes flash open. The sirens were a dream. Wait, blood oozes down my body. My heart thundered out of my chest. I hear sirens...

All of our Winning Entries 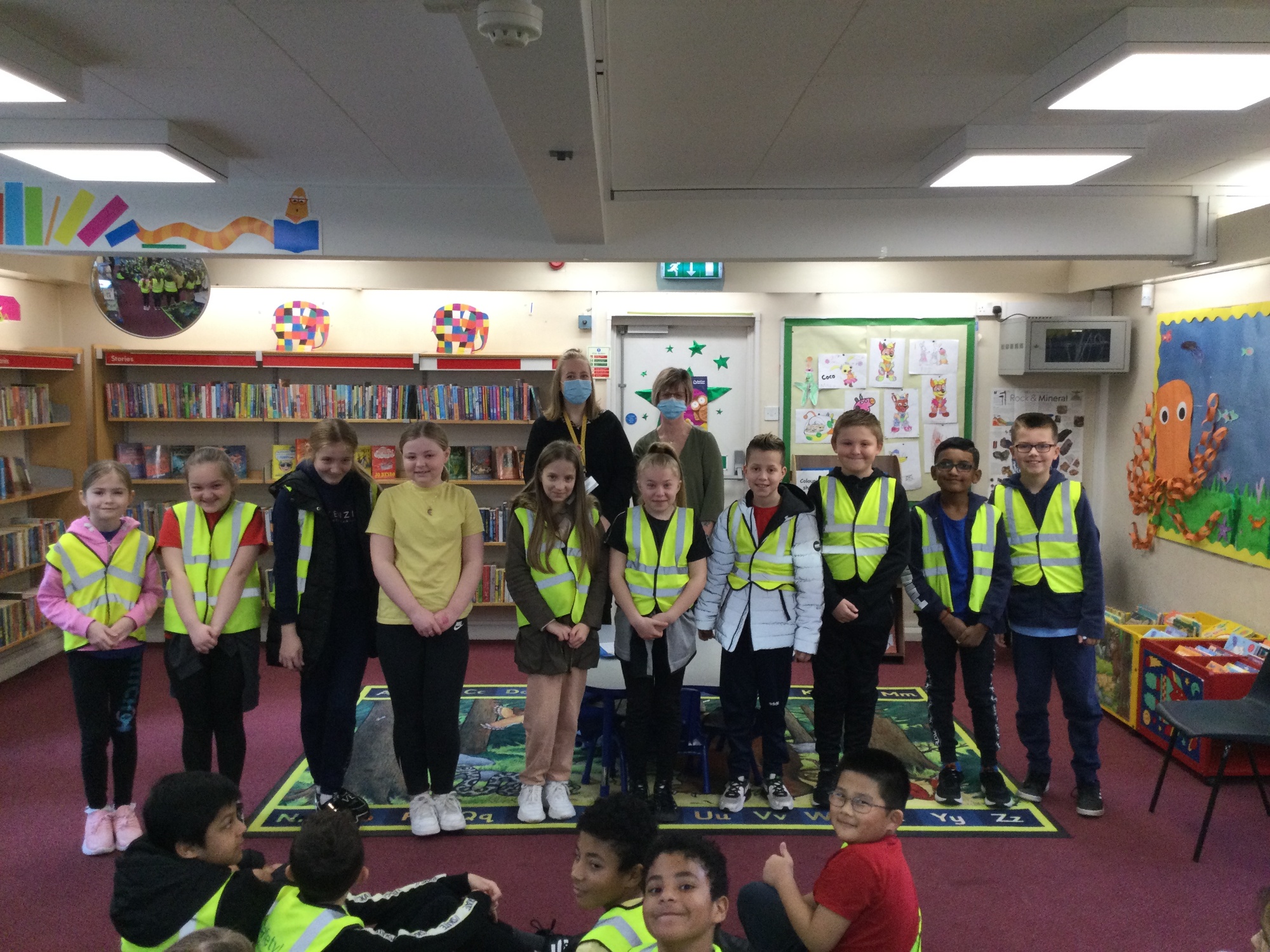 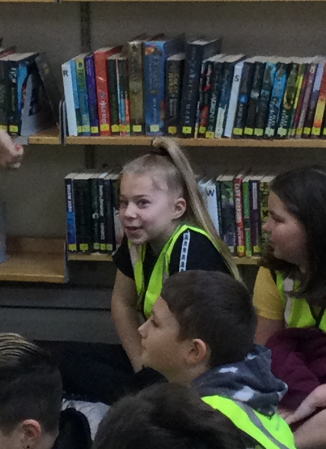 It was getting dark... Annabelle heard a gigantic bang on the wooden, creaky door. Children were screaming begging ‘’HELP’’ they cried. Unfeared, the Children were trapped by mysterious, magical wizards, who were guarding them. Suddenly, the Children found a substantial hole in the dusty flooring. So, the gigantic group of Children climbed down it slowly and slowly.

At Night, the Children were asleep but the goblins, wizards were awake, so they went to get them!... OMG! Later on, a bunch of Children got found and tapped again.  In the morning, the Children were so scared because they thought they were dreaming...

Aurora (5KW) The Woods No One Enters 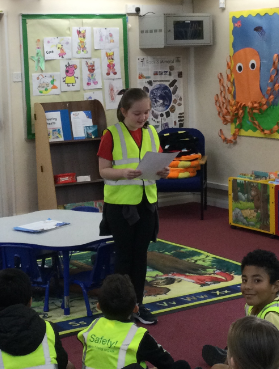 I heard a noise behind me, and Lilly thought she saw shadows and red eyes peaking from the trees “Did you see that?”. “I think so, but it might be mind tricks “I replied “Lets play tag” a voice whispered, “Do the trees talk?” Lilly stated “I think these trees do” I stated “we have to get out” Lilly shouted we sprinted “OWW” I screamed “my arm I think it's broken. I will distract them, and you go home “okay but be safe” I replied “AHHHHH” “we got her, there’s no escape now girl“ "Aurora help me please!”

Finley (5KW) Under the Ice 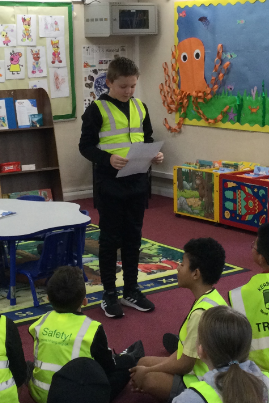 He had escaped prison, it was 3 am in the forest, a ring appeared. It wasn’t any ordinary ring it was magical. Alfie had put the ring on... He transported under a frozen lake! Alfie saw giant teeth charging towards him... He took the ring off and put it back on, he was terrified but was out of the icy terror.  Alfie, who was in a coffin, screamed “help anyone” but no one answered! Alfie took the ring off put it back on, he woke up it was all a dream he looked out the window he saw ashes... 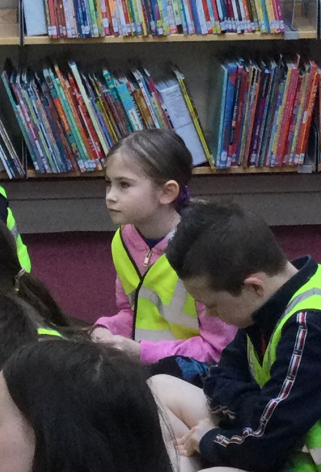 Down in the valley below, was a beautiful little cottage which I lived in. One day I went out to pick some berries. But as I was going to pick another berry, I dropped my basket in surprise... Had I just found a skeleton horse? It's not meant to be here. Something scared it off... I found some hoof prints in the ground I followed them over the river into a deep dark forest. I saw an enormous grey cave, so I walked in and there it was- the skeleton horse. I took a picture and ran home- bye now. 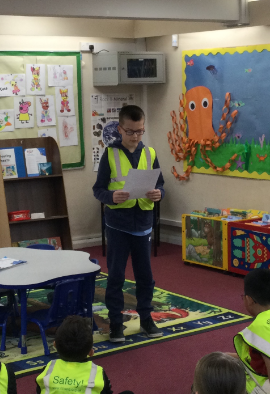 It was getting dark, I was in the forest alone, going for a walk. There was a noise, I turned around nothing, turning around only to see a Dark Elf! I ran but it was right into an enormous man, he grabbed me, I punched it but it was ink! The monster tried to stab me but I slipped through his hands. I kept running. I felt like the Flash but I was like a snail. Dark Elf shot green fireballs at me, I woke up. It was a dream I went outside only to see...

My body woke up to odd noises filling my eardrums! It was pitch black. I got up, frightened, then started to feel different things with my hands and feet. I stomped my foot down, but it was in the air! What was going on?! More strange noises came towards me, I felt like screaming, but I was too weak. I felt a push touch my body, I could definitely scream now! “Aaahh!” I shrieked. My body felt a shock instantly. I opened my eyes to see the bland woods. I had a horrible dream, but I couldn’t just remember what...

See below for more pictures of our visit to North End Library!